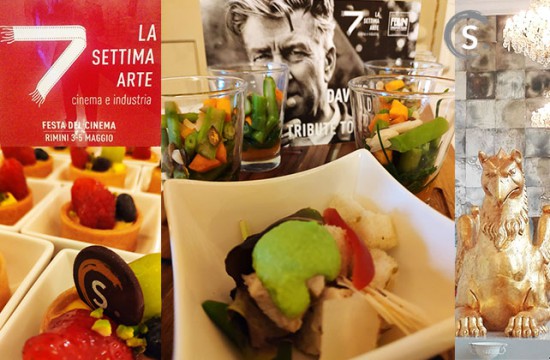 THE SEVENTH ART AT THE GALLI THEATRE

On Sunday, 5th May, we had the honour of cooking for a special buffet: the gala event of the Confindustria Romagna "Cinema and Industry" Award, held at the Amintore Galli Theatre, which was one of the key moments of the Rimini Film Festival "La Settima Arte".

The evening was attended by the actress Laura Morante and the director Pupi Avati, who this year celebrated his 50th anniversary and was President of the jury of the "Cinema and Industry" Award.

The Confindustria Romagna "Cinema and Industry" Award has been presented to people who have distinguished themselves in the universe of professions that characterise the film industry such as producers, distributors, scriptwriters, set designers, costume designers, score composers, directors of photography.

And as Fellini used to say, "Life is a combination of magic and pasta".